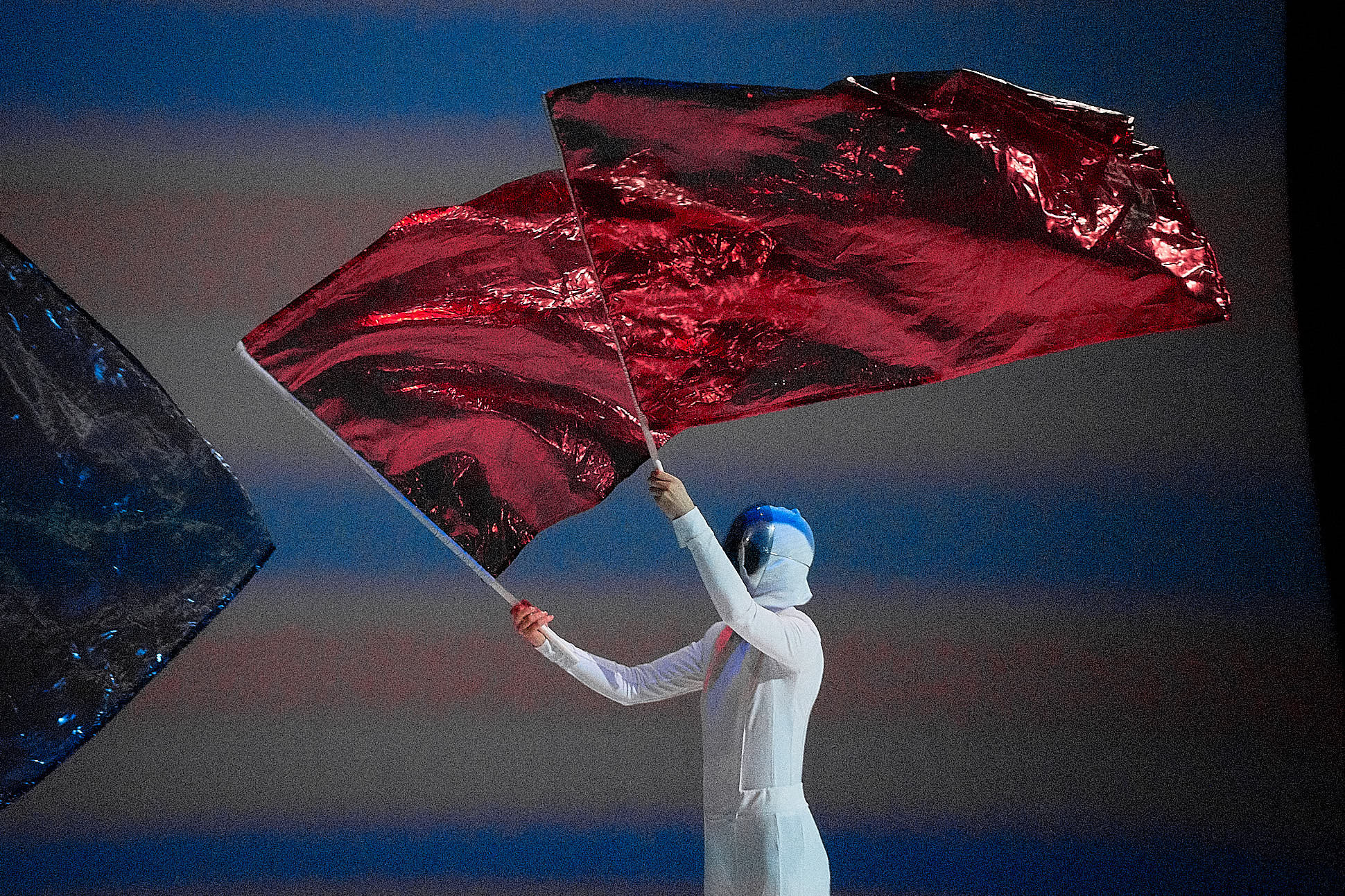 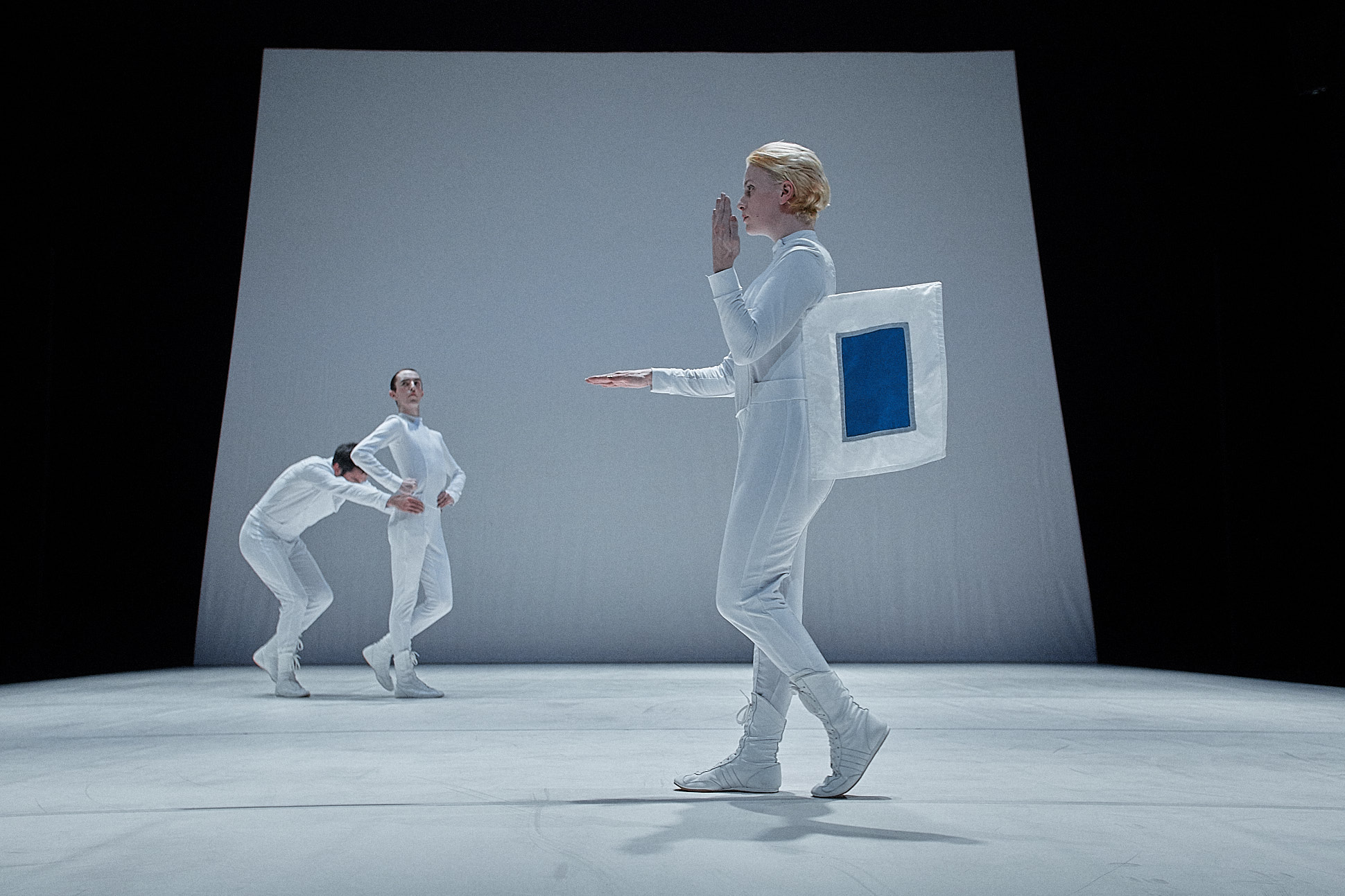 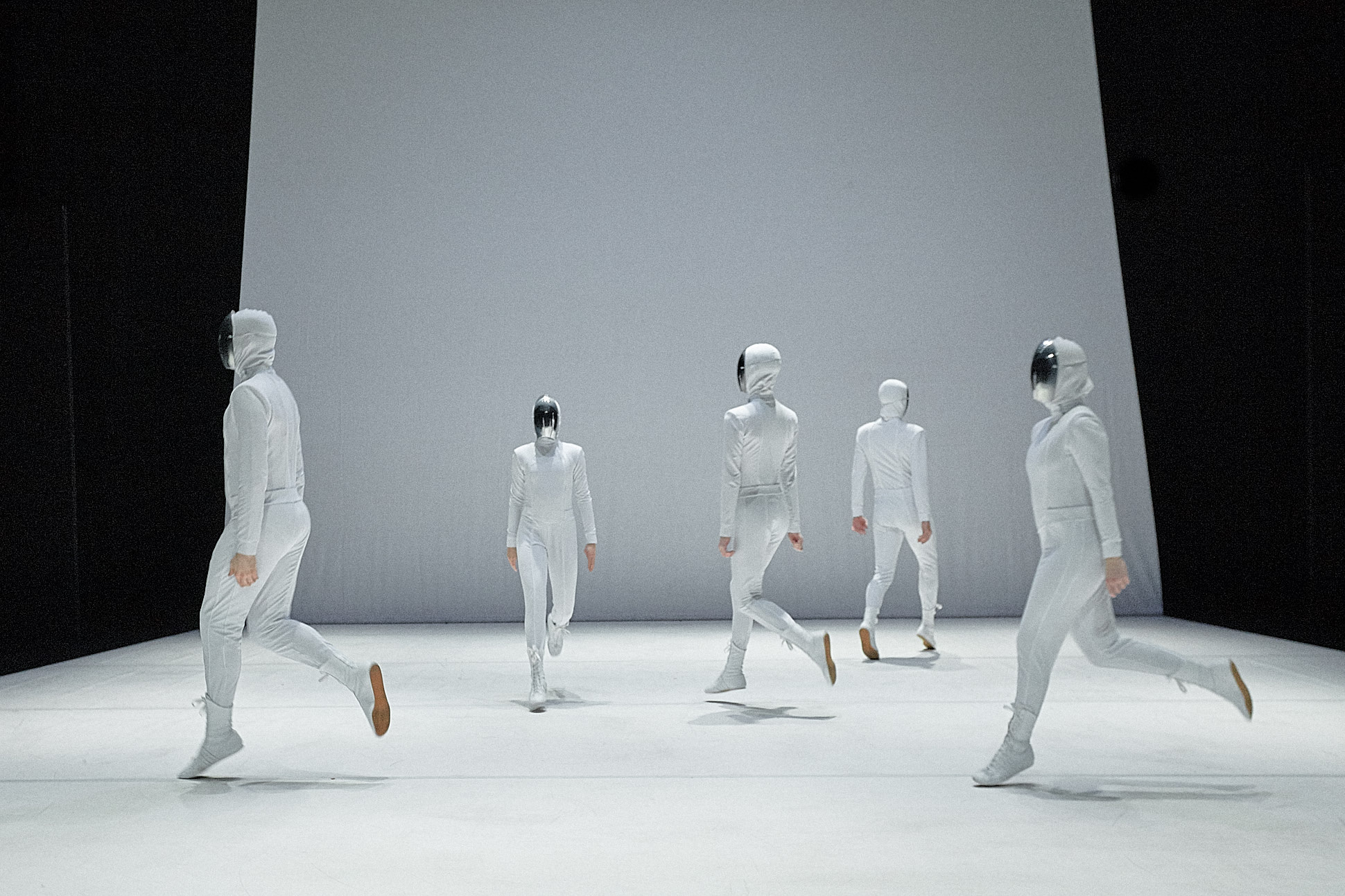 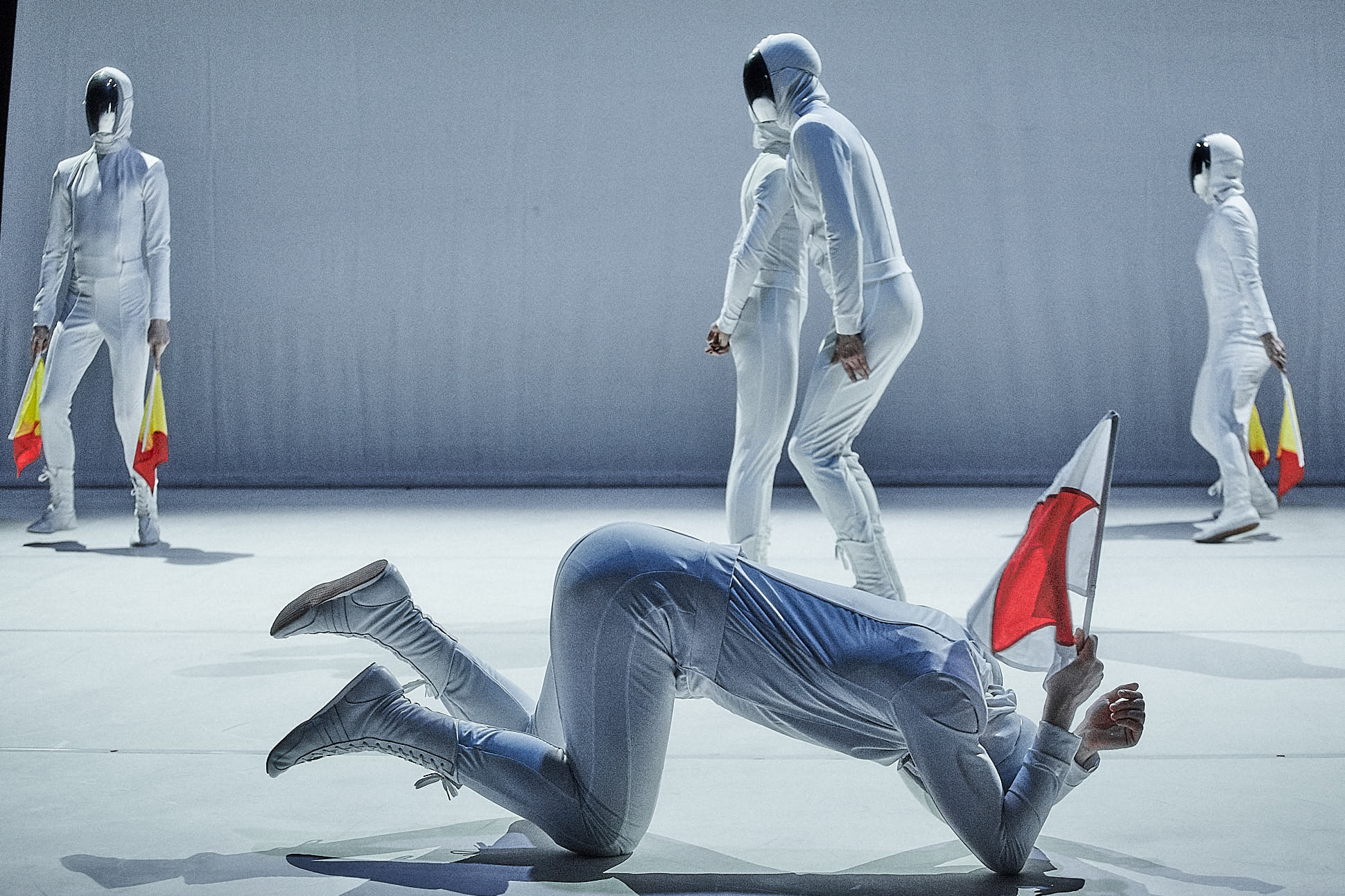 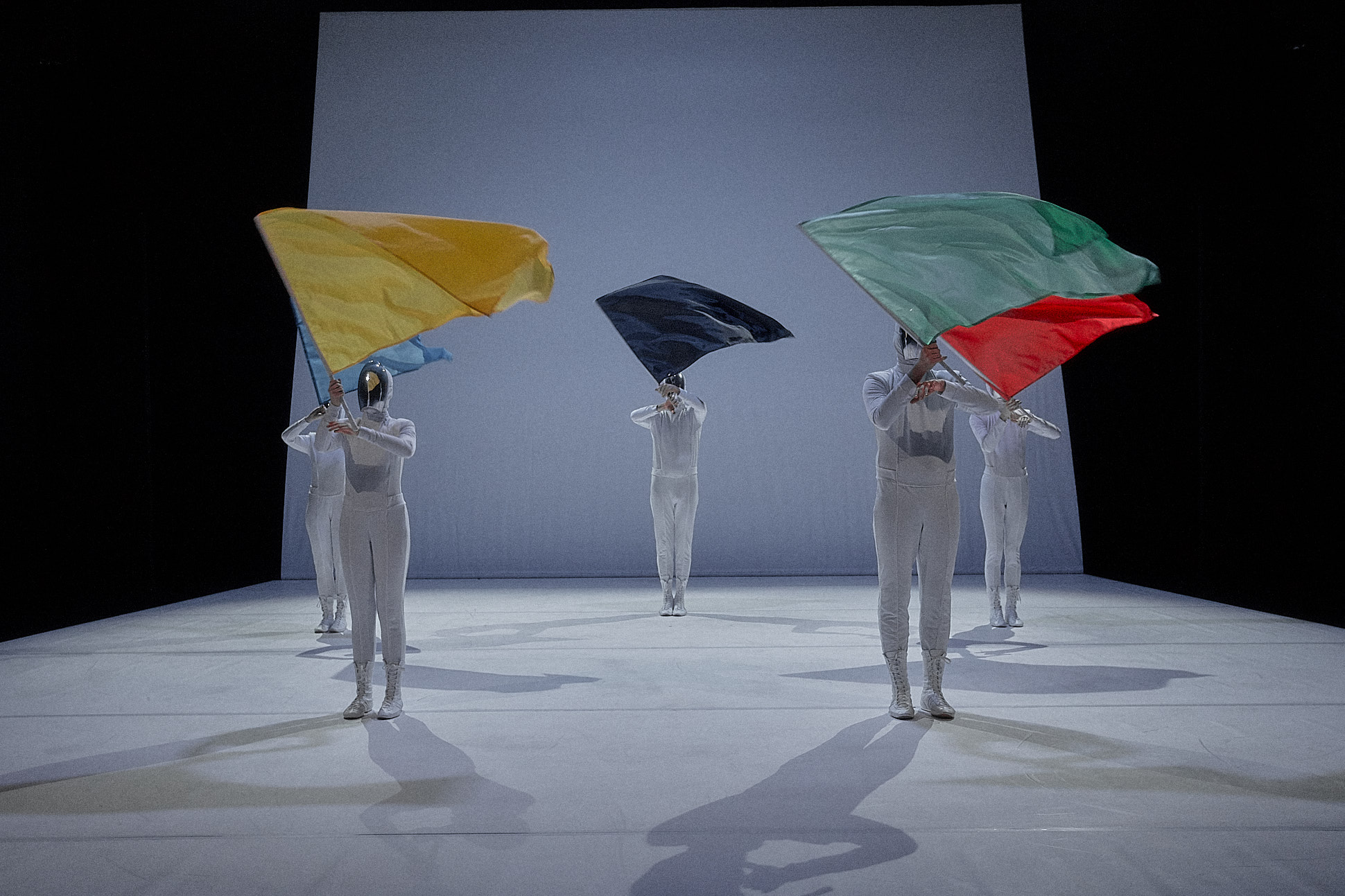 Flags and banners are an indispensable part of our lives. They mark the affiliation to a football club in the stadium or represent a nation at a state reception. They are artistically hurled through the air during twirling and communicate signals and messages in shipping and the military. Even if people can communicate over long distances almost in real time thanks to satellites and broadband networks, flags remain important for the transmission of messages. The Frankfurt choreographer Paula Rosolen therefore makes these ignored means of communication the focus of her new work. She superimposes different use and sign systems of flags and creates her own sign language. The theatre becomes a field of experimentation in which – including misunderstandings and misdirection – basic principles of communication can be experienced in a playful way, valid even in times of binary codes. 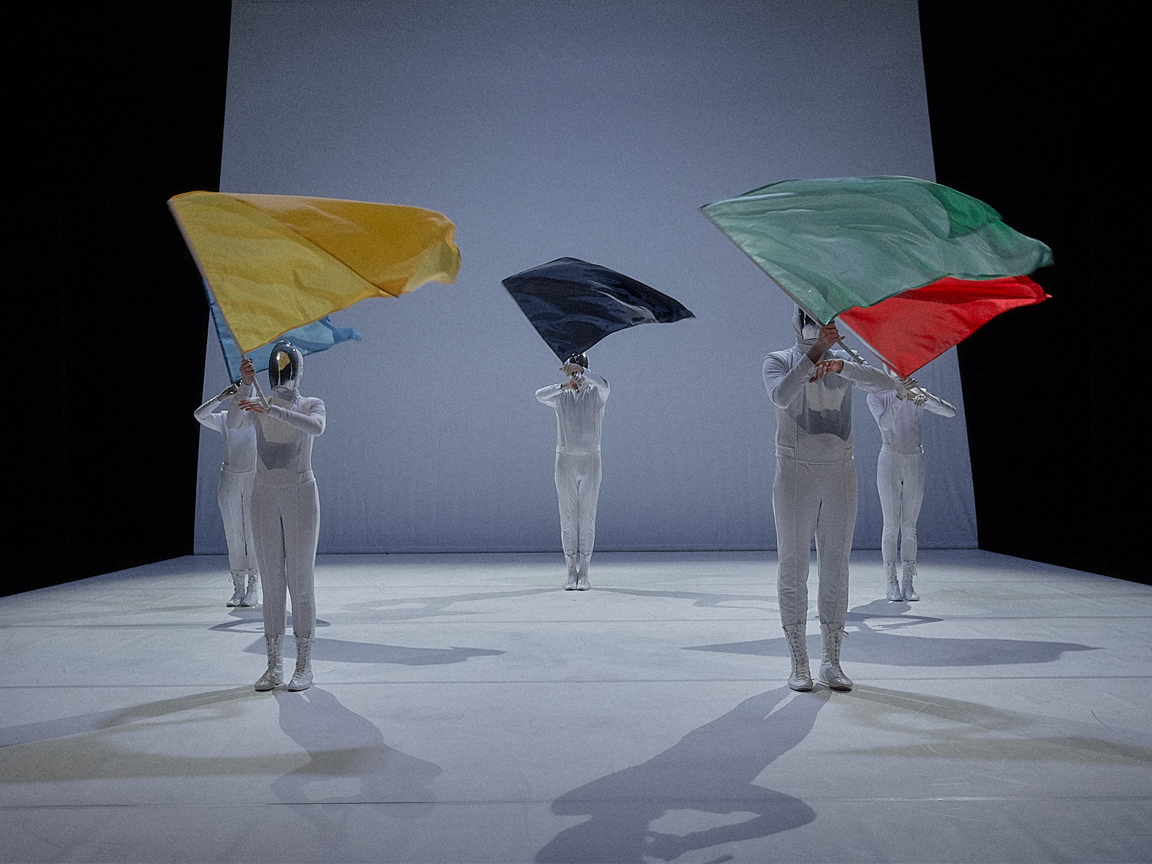